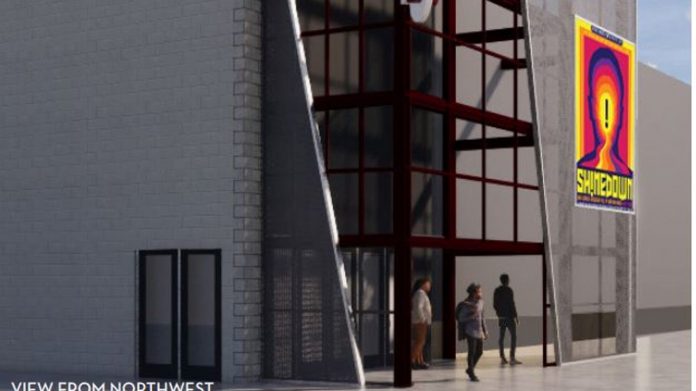 Green Bay Press-Gazette business reporter Jeff Bollier, aka Streetwise, wants to hear from you with news on new businesses, openings, closings, expansions and improvements. You can contact him at jbollier@gannett.com. March 14, 2018.

ASHWAUBENON – Part of the soon-to-close Gordman’s store could soon be converted to a new concert hall owned by Festival Foods CEO Mark Skogen.

Epic Event Center would be owned by Skogen and occupy roughly half of the 60,000-square-foot Gordman’s building at 2351 Holmgren Way. The venue would host up to 2,000 people.

Renovations and development of the space is expected to cost $2.5 million to $3 million. The plan is scheduled to receive final municipal review Aug. 25, Ashwaubenon Community Development Director Aaron Schuette said.

Skogen’s interest in operating a concert hall has been known since fall 2016 when he proposed a similar project in Green Bay’s Shipyard area along South Broadway. The venue would have added private development alongside a proposed stadium for the Green Bay Booyah.

By early 2018, the Booyah accepted assistance from Ashwaubenon to build a new stadium, now Capital Credit Union Park, along Holmgren Way just south of the village hall. The move forced Green Bay to scrap its Shipyard plans and shift redevelopment plans to focus on other recreational uses and residential housing.

Rich Otradovec of Ash Investors LLC, which owns the Gordman’s property, said renovations could begin shortly after Gordman’s ends its going-out-of-business liquidation, with a tentative goal of opening in January.

“We like the concept and feel strongly about it,” Otradovec said. “Now, we’re just fine-tuning some elements of it. We just need to work out a few more things before we’re ready to move forward.”

The north end of the recently closed Gordman’s store, 2351 Holmgren Way in Ashwaubenon would be converted to a new concert hall under a plan that was recently submitted to the village. (Photo: Karl Ebert/USA TODAY NETWORK-Wisconsin)

Otradovec said Epic Event Center expects to host 70-80 shows and special events each year. The venue would have a main floor and mezzanine areas for viewing and would offer drink service, a pickup lane for ride-share drivers and an attached outdoor area where food trucks could pull in to serve patrons on concert nights.

Toonen said the Epic team expects to be able to target specific types of programming and events based on whatever health and safety recommendations remain in place when the venue is ready to open. For example, she said if physical distancing and capacity restrictions are in place, Epic would book more comedy shows that draw smaller audiences than music concerts.

“It really depends on what happens in the future,” she said.

The entertainment industry has been beset by cancellations and postponements as health officials continue to recommend people avoid large group gatherings, especially indoors.

In late July, Capital Credit Union Park rescheduled the Wilco-Trampled By Turtles show, originally planned for Sept. 18, to Sept. 17, 2021. And on Friday, the Foo Fighters canceled their Oct. 15 stop at Resch Center, which itself was rescheduled from May.

Toonen said the venue will work with public health and safety officials to follow guidelines and safely open.

Epic is working with nearby businesses to secure the use of additional parking spaces to meet the needs of a performance venue.

“It’s a good fit for the area going forward and hopefully they’re successful,” Schuette said. “It’s an indoor concert venue. There’s no residential development in the immediate area that could cause issues with noise or traffic.”

Toonen noted the remainder of the Gordman’s building would be available for lease by another tenant.

A public hearing will be required before the Village Board can act on the proposal because the Gordman’s building was restricted to retail-only use when it was built.

A rendering of the northwest view of the Epic Event Center, 2351 Holmgren Way, in Ashwaubenon. The plans call for converting part of the former Gordman’s building into a live music and event venue with space for 2,000 people. (Photo: Courtesy of village of Ashwaubenon)

Streetwise senses these nontraditional re-uses of large retail properties could continue to come forward. Several other retail property owners in the village have inquired about taking similar steps with other sites. Schuette said the village is weighing them individually.

“We certainly understand the situation building owners are in and want to maintain flexibility,” he said. “We’re open to ideas other than retail as we move forward.”

Jeff Bollier is a St. Louis native whose 19 years in Wisconsin almost qualify him for resident status. He arrived in the Badger State via Beloit College and began his journalism career with the Beloit Daily News. He joined the Oshkosh Northwestern in 2003 and introduced his business column, Streetwise, in 2005. From new stores opening to corporate bankruptcies that impact whole communities, Jeff has done it. His work on restaurant health inspections, an air guitar-playing state assemblyman and an aging hotel have earned plaudits from the Wisconsin Newspaper Association.