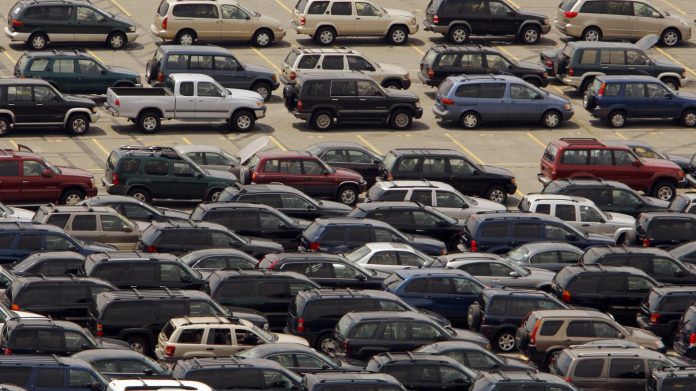 On March 27, auto analyst Adam Jonas at Morgan Stanley predicted a springtime apocalypse for the auto industry. “There are basically no U.S. auto sales right now,” he told investors. The bank was mulling modeling scenarios that shut down the industry for six months or more.

Analysts were predicting a huge glut of unsold cars on dealers’ lots for the foreseeable future. “Six months from now, there will be huge, if not unprecedented, levels of wholesale supply in the market,” wrote Dale Pollak, an executive vice president of Cox Automotive, to auto dealers in early April. “Cars are coming in, but they aren’t selling.”

What a difference a month makes. With factories shut down amid-stay at home orders, inventory is thinning. The pandemic’s economic carnage hasn’t spared the auto industry, but it has not struck all vehicles equally. Compact and mid-sized cars as well as trucks and SUVS have seen a massive drop in demand. But trucks and SUVs still remain significantly more popular.

Sales are still down but they are far higher than analysts expected. Large vehicles such as trucks, vans, and SUVs are being driven off dealers’ lots fast enough that they may even be in short supply as automakers try to resume production, reports Cox Automotive. Pickup trucks became the top-selling class in March and April, and outsold passenger cars for the first time ever in April. The supply of Ram, Ford, and Chevy Ranger pick-up trucks available fell between March and April as automakers kept their plants closed.

Deals are another reason for the inventory drop. Car dealers are desperate to move their inventory, and they’re dangling enticing terms to do it.  Prices have fallen as much as 16% below JD Power’s pre-pandemic forecasts, according to the bank RBC. Detroit automakers are extending interest-free car loans for as long as seven years, far longer than normal. The share of deals including zero-percent financing shot up to 21% of all new sales last month compared to the usual 2%.

The second reason is the inequality of Covid-19 itself. The virus has struck minorities and low-wage workers hardest. In April, job losses were “disproportionately concentrated” among low-wage workers, according to the US Bureau of Labor Statistics. Those earning $32 per hour or more experienced job losses of just 9% compared to those earning $15 per hour who saw a 35% drop. Those job losses affect the lower end of the vehicle market as well.

Cox Automotive predicts the high end of the car market will weather the storm far better than the vehicles—and customers—at the bottom of the economic recovery. “Trucks, vans, and heart-of-the-market SUVs will do best as U.S. auto sales recover,” it states. “Subcompact and compact cars, along with subcompact SUVs, will struggle the most since typically they are purchased by the least credit-worthy consumers.”

This item has been updated to clarify the trend is shrinking inventory, not an increase in sales.