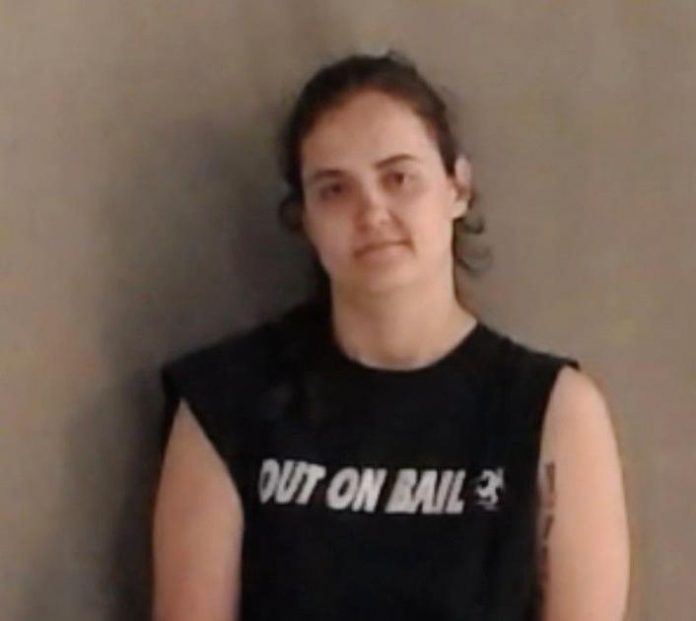 BOB WHITE — A Bob White woman was arrested and charged with kidnapping after an incident on June 13, according to a criminal complaint filed in Boone County Magistrate Court.

According to the complaint completed by Boone County Sheriff’s Deputy EC Gibson, Courtney Dillon, 25, was charged with kidnapping and wanton endangerment.

According to the deputy, he was dispatched to an address on Old Delta Road in Bob White, where Dillon was inside a residence where the owner said she was not allowed. The deputy received communication from a 911 dispatcher that the defendant had left the residence and was at another address in Bob White.

Before Gibson left the first address, the dispatcher told the deputy that the defendant was in possession of a gun and had hit a woman before firing a gun in the air and then fleeing the property in a gold minivan.

Shortly after, the officer learned that the victim and the defendant were fighting near the diesel pumps at a nearby convenience store.

The defendant got into a white truck and headed toward Bolt Mountain, according to the report. Soon after, West Virginia State Trooper E. Shaffer located the firearm that the defendant had allegedly dropped in the altercation at the store.

Reportedly traveling by foot along the railroad tracks, Sheriff Randall White and Trooper Shaffer combed the area with the intent of finding the defendant in the Wharton area.

Trooper Shaffer viewed the video footage from the store and two witnesses picked the handgun up from the ground and secured it until police arrived.

On June 14, police made contact with the victim at her residence to obtain a statement. She said that, while she was at another person’s house, the defendant jumped off of an ATV and stated, “(Expletive), you gonna die today.”

The victim stated that the defendant fired a shot directly above her head and told her that she was going to drive her away in the vehicle or that someone in the residence would drive her.

The victim stated that there were multiple children who were scared in the residence and that she got into the driver’s seat of the gold minivan where a pistol was held to her head and she was told that she would “die today.”

While driving, the victim said that she was looking for people outside where she could pull off and be noticed.

It was while passing the convenience store that she saw people, pulled in and got out and screamed for bystanders to call the police. The victim stated that she got the defendant to drop the gun near a side-by-side and that the defendant drove off in a white truck.

Dillon was charged based on evidence at the scenes, video surveillance obtained at the convenience store and statements obtained by the victim and witnesses.

As of CVN print deadline, Dillon was held in Southwestern Regional Jail on a $20,000 surety/cash bond. Listed as a “pretrial felon” in the system, Dillon has a separate pending case in Boone County Magistrate court.

Reporter Phil Perry can be reached at pperry@

Chilling new phase as US morgues fill up