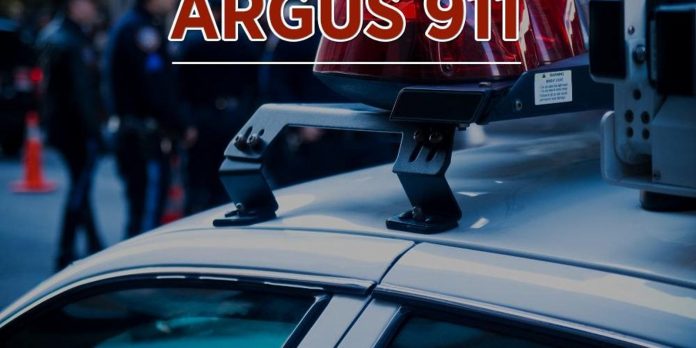 Each day at 10:30 a.m., the Sioux Falls police department holds a briefing with media to go over incidents and crimes that occurred during the weekend, the day or the night before.

Police have arrested 23-year-old Sioux Falls woman after they say she struck multiple people with a pipe Thursday night in central Sioux Falls.

Angel Jade Drapeau was charged with aggravated assault, according to the Minnehaha County Jail.

Officers responded at about 8 p.m. to the area of 11th Street and South Duluth Avenue after receiving calls that Drapeau had struck three people, two of whom she knew, Clemens said.

Drapeau allegedly first struck the mouth of a 54-year-old Fort Thompson woman as she was walking in the area, Clemens said. The two were relatives and had some previous disagreements, but Clemens said the woman had no clear reason for why she had decided to start the assault.

Drapeau then walked over and hit the victim’s friend, 53, with the pipe as well, Clemens said.

The third victim, 42, from Brandon, was trying to intervene and take the pipe away from Drapeau when she was struck, Clemens said.

The first victim received the most serious injuries, but Clemens did not know whether the injuries required hospitalization.

Drapeau left after the incident, and police did not find her until about 1 a.m. near the 400 block of West 11th Street at a house where she periodically stays, Clemens said.

“It was a little bit unusual,” Clemens said.

Officers received a call about the situation at about 3 p.m. Thursday, he said.

Two girls, ages 5 and 9, reported they had been followed by a truck as they were walking to Hawthorne Elementary each day this week, Clemens said.

The girls left from a house in the 600 block of West. 6th Street when they spotted a maroon truck with a white bottom, Clemens said.

Four people were inside, two men in the front and two women in the back, he said. They were throwing garbage and other items at the two girls as they walked, he said.

“We’re not really sure why that was going on,” Clemens said. “They didn’t seem to know who these people were, so we’ll work on trying to figure out who they were.”

No injuries were reported, and police have not received any similar calls, he said.

“At this point I don’t think there’s any reason to think these two are connected,” Clemens said. “But that’s one of the things detectives always look at.”

During the first, two women, one 5-foot-7 inches and the other -5-foot-10 inches tall, entered the store, both wearing masks, Clemens said.

They milled around a little while before separating as one went up to the store clerk and told the clerk she had a gun and wanted cash.

But when the clerk realized the object she had wasn’t a gun, he fought back, Clemens said.

“He basically grabbed ahold of her and started pushing her out of the casino,” Clemens said.

The other suspect then tried to reach over her partner, trying to hit the victim as they were pushed outside, Clemens said. The clerk then locked the store door behind them.

They weren’t able to get anything, and police are trying to get surveillance of the incident, Clemens said.

During the second incident, a woman reported two women came up to her at her house, punched her and hit her, Clemens said.

One of the women also had a bottle, and struck the victim over the head a few times until the bottle broke, Clemens said.

The two ended up taking some bags the victim had, and then left, he said.

She did not know who the women were, and no other describing details are known about the two, he said.

No arrests have been made in either case.

Assessing the Fallout From the Coronavirus Pandemic – Automated Truck Market...

Decomposing bodies found stacked up in back of unrefrigerated trucks after...