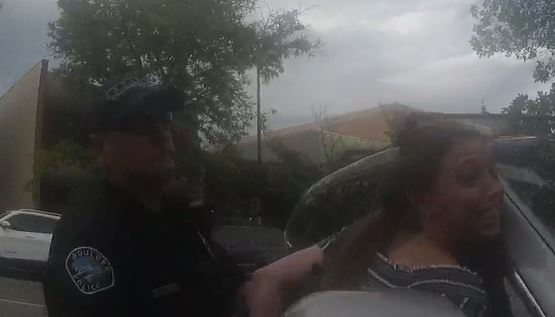 A woman has filed a lawsuit against the Boulder Police Department, claiming the two officers arrested her under false pretenses and used excessive force in separating her from her daughter during a call in 2019.

According to the lawsuit, Salazar said Quayle and Rodgers used excessive force while arresting Salazar and separating her from her 4-year-old daughter in downtown Boulder on June 20 for a child abuse charge that was later dropped by prosecutors.

“This is a civil rights complaint arising from the Boulder Police Department’s violent arrest of a mother, while holding her almost-5-year-old daughter, when the mother exercised her right to decline to interview with a police officer,” the lawsuit reads. “Rather than respect this citizen’s lawful right to refuse to be interviewed by the officer without legal counsel present, the Boulder police officers first threatened Ms. Salazar for refusing to talk with them, and then when she began recording their conduct on her phone, violently assaulted and arrested her, thrusting both mother and young daughter against a parked vehicle before ripping (the child) from Ms. Salazar’s arms and traumatizing both of them.”

Boulder police did not comment on the case because of the ongoing litigation.

The Daily Camera obtained and reviewed both officers’ body camera footage of the incident but is not publishing the videos because they identify a juvenile and reveal witnesses’ personal information.

According to a police report, Rodgers and Quayle were called to a store in downtown Boulder by Salazar’s cousin following an argument. Salazar’s cousin said she took Salazar’s keys because she had some beers and might have been intoxicated.

The cousin was also concerned about the welfare of Salazar’s daughter.

The officers were able to locate Salazar sitting in a truck with the driver-side door open and her daughter on her lap. In body camera footage, Quayle asks to speak to Salazar, who tells the officer she and her daughter are “fine” and that she does not want to speak to him without an attorney.

Quayle continues to ask to speak to her outside the truck and away from her daughter, saying that if she does not, “That’s going to go very bad for you tonight,” and that he believes she is intoxicated.

Salazar tells the officers she does not have her keys, and is talking on her phone to have her mother come and pick them up.

Quayle confirms her mother is on the way but continues to ask Salazar for ID, at which point she begins to start filming him.

“Officer Quayle, letting his temper get the best of him over the indignity of not being able to control this citizen’s decision whether to speak with him, immediately let the opportunity to resolve this contact with Ms. Salazar pass,” the lawsuit reads, while Quayle in his report wrote that Salazar was “becoming increasingly confrontational and irrational.”

A witness who had seen Salazar screaming earlier then came up to the officers and handed Salazar some water. As officers told him to stand back, Salazar attempted to film him and ask him questions and began to get out of the truck.

At this time, Quayle pins Salazar against a nearby car and arrests her while Rodgers takes the child. During that time, Salazar screams that Quayle is hurting her and asks for her daughter, while also saying the officers will get “freaking sued.”

Salazar is put in a patrol vehicle and initially told by Rodgers she was being held for suspicion of third-degree assault. But another female officer on scene said Salazar’s daughter said she had been left in the truck for 10 to 20 minutes with the windows up earlier in the day.

“I was in there a long time and I was sweating,” the girl said.

Police then arrested Salazar on suspicion of child abuse, and transported her to the jail.

But the Boulder District Attorney’s Office filed a motion to drop the charge on Aug. 7, saying they lacked “a reasonable likelihood of success at trial” in the case, though in a supplemental motion on Aug. 18 prosecutors noted “there was probable cause for the arrest.”

The lawsuit contends there was no evidence for the charge, and also contends the officers only came up with it after the fact to justify the arrest and use of force that was “unreasonable and unnecessary.”

The lawsuit also noted Salazar has a seizure disorder that might explain any behavior Salazar’s cousin mistook for intoxication.

“After Ms. Salazar’s arrest, the police were caught on body-cam video scrambling to make up an explanation to justify the arrest,” the lawsuit reads. “Such after-the-fact strategizing lays bare the reality that the Boulder police continue to make violent, unlawful arrests without probable cause when citizens exercise their First Amendment rights, and then try to come up with pretexts to justify this outrageous and illegal conduct.”

The lawsuit also brought up the previous cases and suits against Boulder police, including those against Officer Waylon Lolotai and former Officer John Smyly, as prior examples of retaliation against filming and failure to deescalate situations.

“This case is one of multiple incidents that exposes an alarming pattern and practice by the city of Boulder’s police force of disregarding the U.S. Constitution and failing to take obvious steps to deescalate citizen encounters when an officer feels his authority is being questioned.”