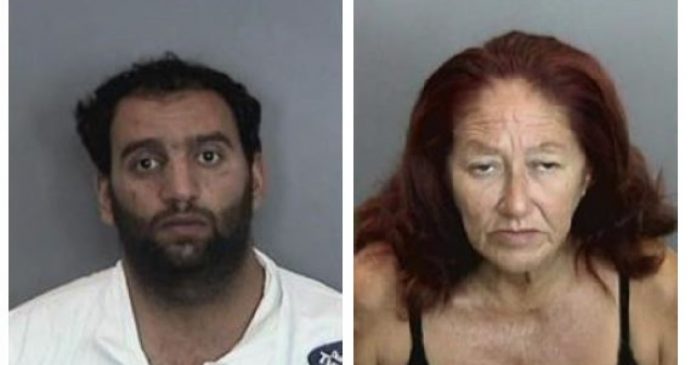 A woman whom deputies found dead in the backseat of a pickup truck after it crashed Friday in San Marcos had been killed earlier that day in Orange County, an Anaheim police sergeant said over the weekend.

When they looked inside the gray 2018 Toyota Tundra four-door pickup involved in the crash, they found Jessie Villesca of Anaheim. She was dead, Carringer said, but not from the crash. She had injuries that led deputies to suspect she was the victim of a homicide.

Deputies detained Alubidy, 28, and called in homicide detectives. The investigation soon uncovered evidence that Villesca, 56, had been killed earlier that day in Anaheim, near West Corporate Way and North Muller Street, an area with a mix of businesses and residences near the 5 Freeway. The location is roughly 75 miles from the crash site in San Marcos.

Anaheim homicide detectives took over the investigation. Carringer said the department is not yet revealing Villesca’s injuries or possible motives in her death.

Alubidy, an Anaheim resident, remained jailed without bail Monday in Orange County. Online jail records indicate he is due in court Tuesday.