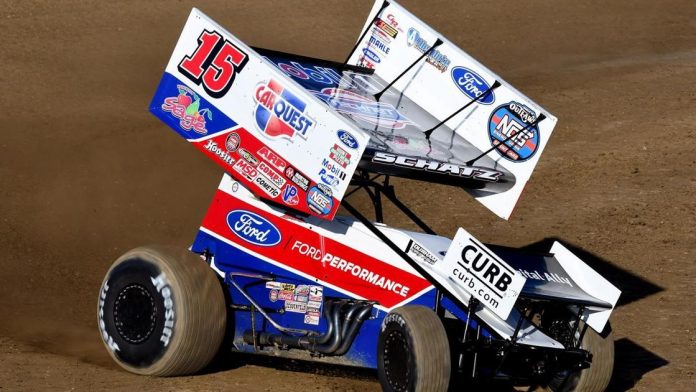 Though he’s in the mix — third in points behind Logan Schuchart and Brad Sweet — Schatz doesn’t hide the expectations he has for himself.

“Three wins is all we have on the season,” said Schatz, who finished second last year by four points. “We have had a lot of terrible finishes, but it’s a building process.”

That process includes a new engine. Schatz, who races for Tony Stewart, and his team are in their first full season using the Ford Performance Stewart 410 motor.

How rare is Ford’s presence on the World of Outlaws tour? When Schatz won a race last October, it marked the first time since 1998 that a World of Outlaws car reached Victory Lane on a Ford-built motor.

The season also has been disrupted many times because of COVID-19, which is preventing drivers like Schatz from finding a rhythm with the car.

“There isn’t a whole lot you can do about it other than keep motivated and keep your guys going,” he said. “My guys are putting in twice the effort to keep us in position, so I’m proud of them, but hopefully we can get our things going the right way here.”