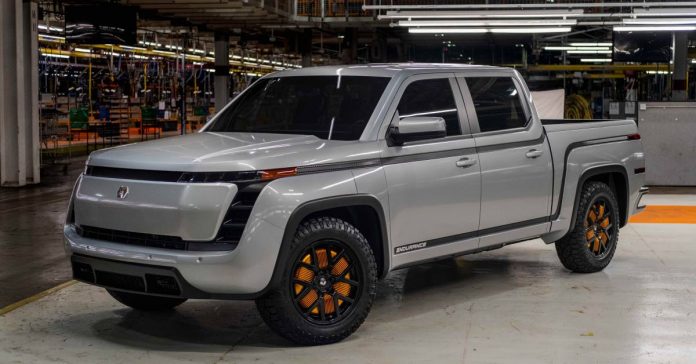 We’re pretty sure we just witnessed the worst vehicle launch in the history of the automotive industry! The Lordstown Motors Endurance electric truck is supposed to be the first U.S. electric truck to hit the market. But if the reveal event is any indication of the company’s ability to deliver, we’re not so sure.

Vehicle announcements should be primarily about one thing: why consumers should buy a new vehicle. It’s a brand’s first impression of the car or truck. It’s a golden opportunity for free publicity, with the eyes of the world trained on the vehicle. And Lordstown Motors just fumbled — hard.

This is a bummer because the Endurance electric truck has serious promise. It is also scheduled to be the first electric pickup to hit the market but is in a close race with Tesla, Rivian, Hummer, and Ford.

Let’s set the scene. The event streamed live from the massive Lordstown, Ohio, factory. Nearly the entire event was from two camera angles focused on a basic stage.

A black backdrop curtain was used to showcase a massive American flag and a neon Lordstown Motors logo. Throughout the video, there were technical difficulties that included audio feedback, long, awkward pauses, and even out-of-focus video.

I wish I could say we learned something about the truck or were even entertained, but both would be lies. We didn’t even get the excitement of a cracked window like we got at the much-talked-about Tesla Cybertruck reveal!

The Endurance truck did look to drive up onto the stage, but even then we really only got to view it from a single angle. And it looks exactly like the images we’ve already seen. 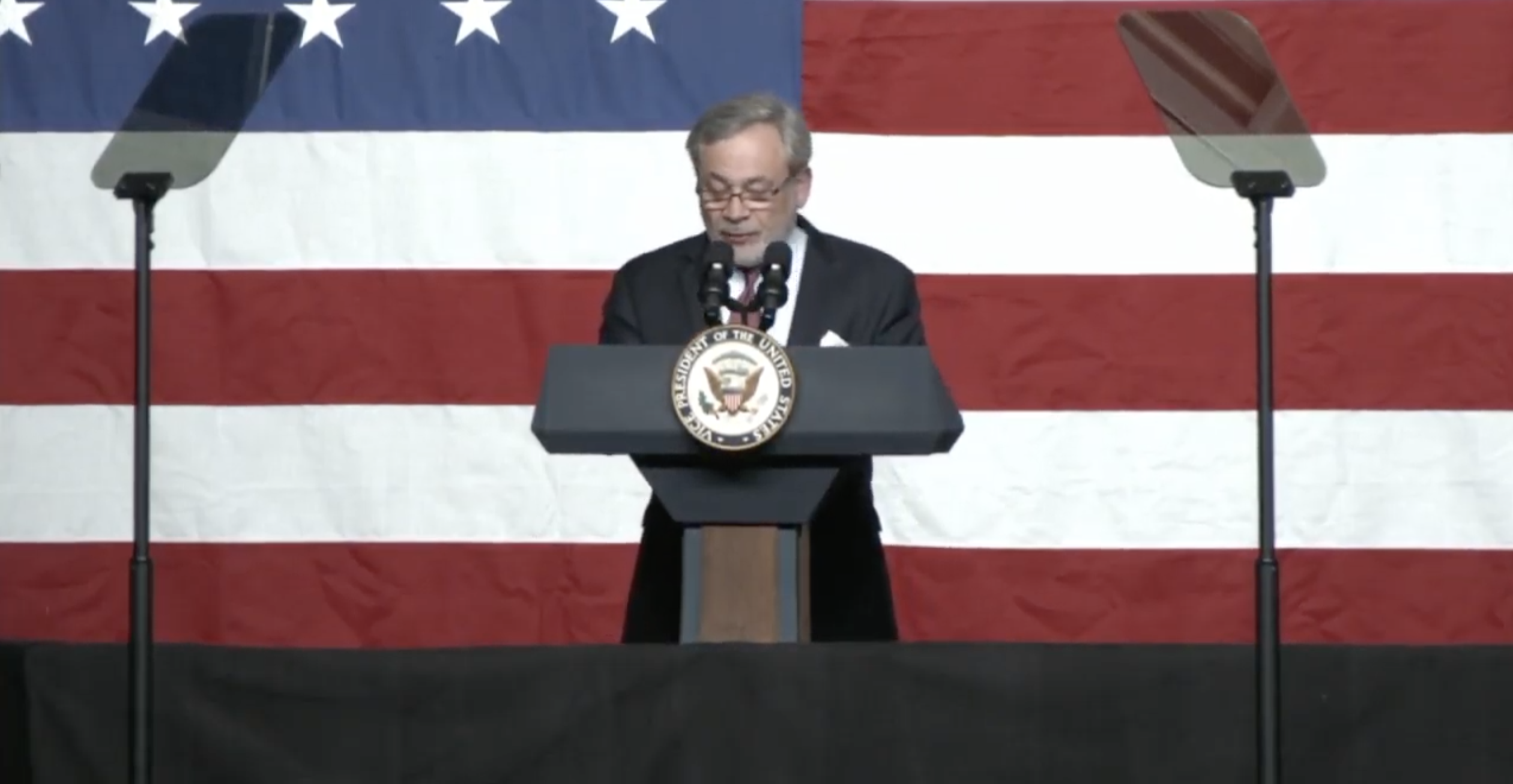 Jim Tressels, Youngstown State University president, kicked off the presentation. He seemed to be selected as the hype man to get the show off with some energy, but his speech induced no hype or inspiration — or information, for that matter.

Next on stage was Erin Spring, director of new ventures at Goodyear Tires. “We want to be the tiremaker of choice for electric vehicle manufacturers, and working with Lordstown represents an ideal relationship with shared Ohio roots and shared values of innovation, performance, and sustainability,” Spring said.

Steve Burns, Lordstown Motors CEO, took the stage next. He gave little to no insight into what the truck is all about besides what we already know. He did tout some big claims but had no concrete information to back them up.

Over half an hour into the event, we had learned nothing about the truck, and the political rally began. First up was the U.S. Secretary of Energy, Dan Brouillette. Then, finally, the truck arrived. In it was Vice President Mike Pence. The truck reveal event ended with a 27-plus-minute campaign speech for President Trump by Pence. 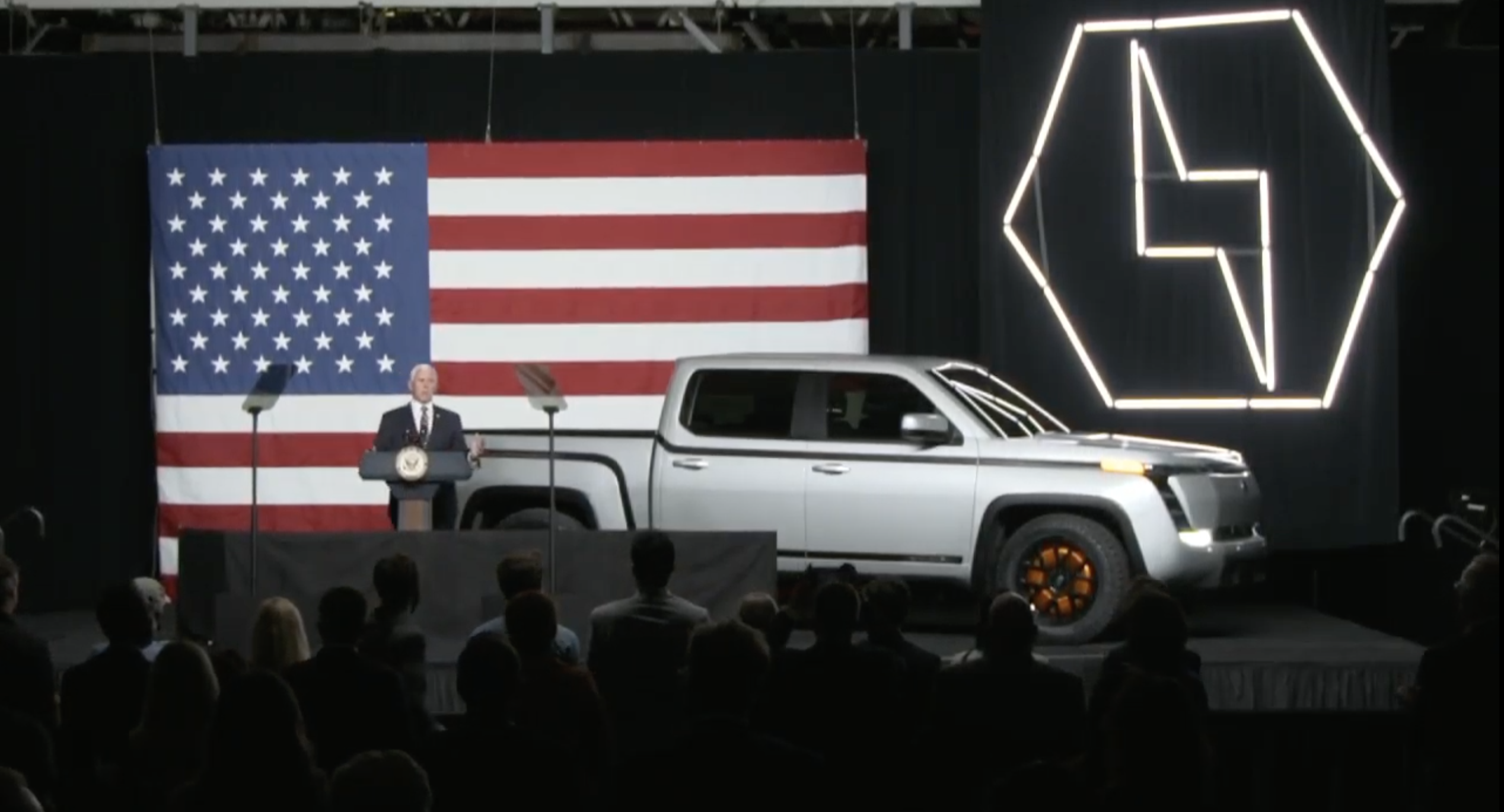 The reality is that the Lordstown Endurance electric truck reveal was long — over an hour — and extremely boring. It had very little to do with the new truck and a lot to do with President Trump’s re-election campaign.

If they wanted to stroke his ego, they no doubt succeeded. We’re sure they also no doubt turned off more than a few potential customers to the brand and its now very public political stance.

The Competition Was Present

During Burns’ long, boring speech, he did talk about another truck, the Ford F-150. He talked about how F-150 drivers are so loyal to their trucks that they get buried in them.

We’re not so sure it’s a good idea to promote the loyalty of fans of your competition during your first vehicle launch! (As a side note, the next-generation Ford F-150 will be unveiled tonight.)

Oh, yeah. During a more-than-3-minute intermission in the presentation, with no info about what was going to happen next leading into it, the song “Take a Little Ride” by Jason Aldean was played. Why’s that important? Well, here are a few lyrics from the song:

Why would you play a song about your other main competitor during the launch of your vehicle?!

What We Know About the Lordstown Endurance E-Truck

In early February, Lordstown had taken about 6,600 deposits on the Endurance. Today, Pence disclosed that Burns had told him that Lordstown now has 14,000 deposits. Burns said earlier in the event that the “first full year of production is already pre-sold.”

This hints at the volume Lordstown thinks they can produce the first year. In a press release today, Lordstown stated it intends to produce 20,000 Endurance trucks in 2021.

Production was scheduled to start in November, but due to delays caused by COVID-19, production isn’t expected to start until summer 2021. Lordstown expects to have the first trucks on the road in late summer 2021. With production delays due to the pandemic, we believe that 20,000 goal to be a very lofty one.

While none of the rest of our knowledge about the truck was revealed, or even talked about during the reveal, we can pull it out of the website and press releases from the past. The Lordstown Endurance starts at $52,500 — minus a $7,500 federal tax credit. The electric truck comes with a 3-year bumper-to-bumper warranty.

With four hub motors, the truck gets AWD standard and has only four moving parts in the entire drivetrain. The Endurance offers a 250-plus-mile range, 7,500-pound towing capacity, 600 horsepower, and a top speed of 80 mph. All of this should be achieved with proprietary batteries that Lordstown plans to build in its Ohio factory. 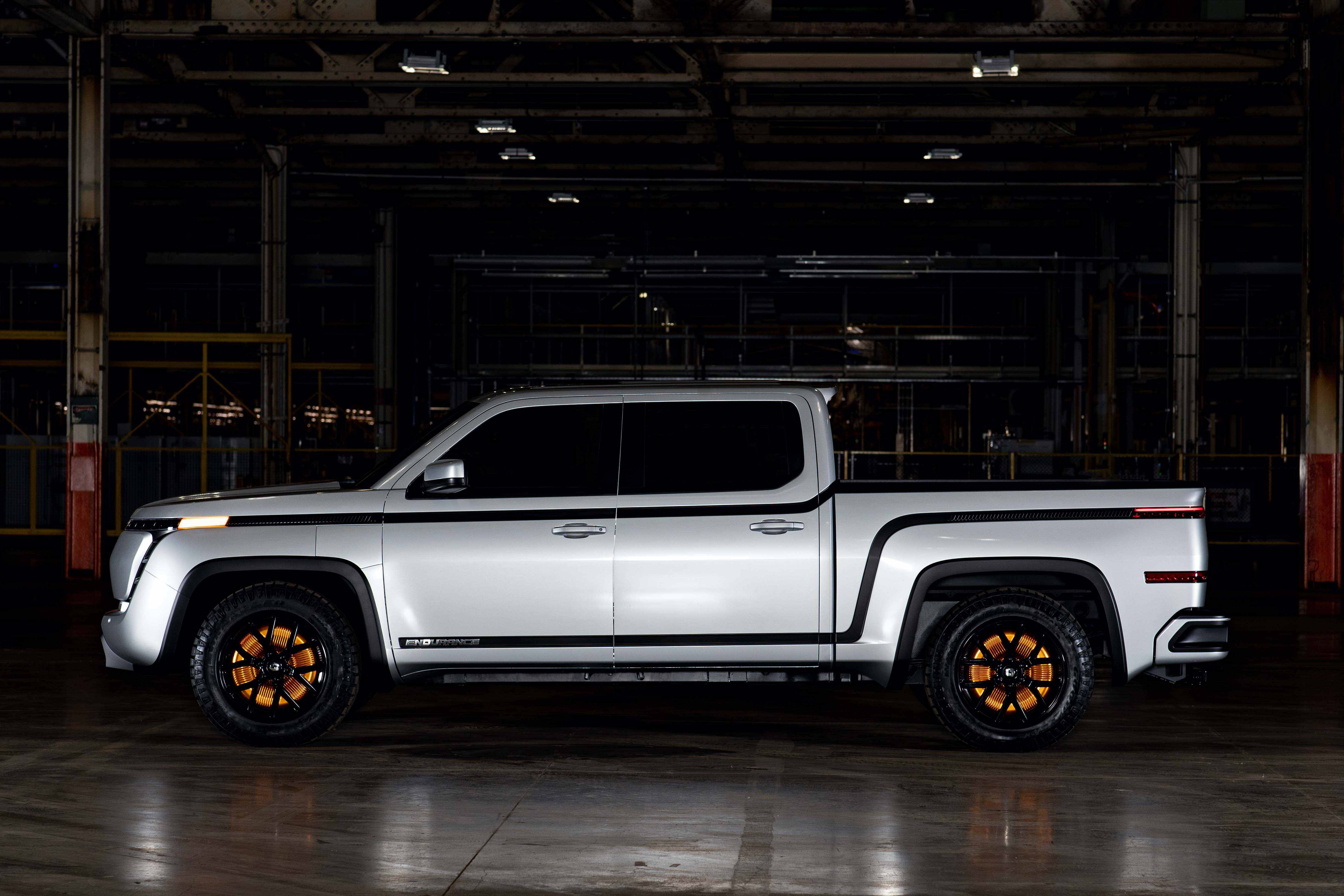 Not a Good Sign of Times Ahead for Lordstown!

Lordstown Motors is currently a privately held company. Workhorse Group (WKHS) is publically traded, however, and supplies much of the technology found in the Endurance. Workhorse also owns 10% of Lordstown Motors. Workhorse’s stock fell by over 3% during the press conference alone and continues to drop sharply.

For more information about Lordstown Motors and the Endurance pickup, including getting in your own truck reservation, check out the company website here.

1985 Toyota SR5 Pickup Revamped to Resemble ‘Back to the Future’...

This Teardrop Trailer Is More Capable than Your Truck