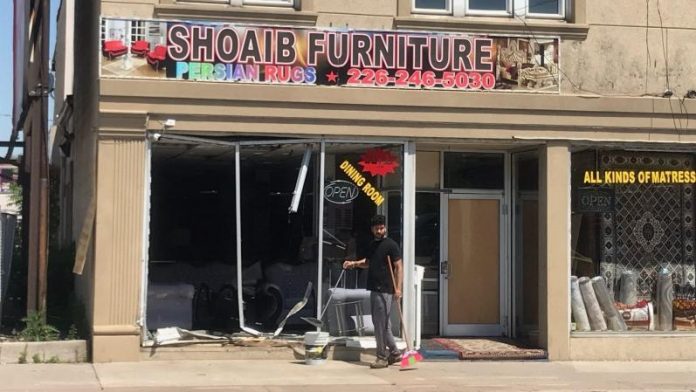 Windsor police say the driver of a stolen pickup truck crashed into a Wyandotte Street business and took off.

Officers responded to the crash at Shoaib Furniture at 760 Wyandotte St. E. on Tuesday at 10:22 a.m.

Police tell AM800 the driver left the scene in the vehicle, but officers recovered it later and found out it was stolen.

The suspect is described as a 25-year-old white man with short blond hair, 5’6″. He was wearing a darker greenish/brown sweater.

Anyone with information can contact Windsor police or Crime Stoppers.

Drunk driver arrested for the 5th time after rear-ending semi in...